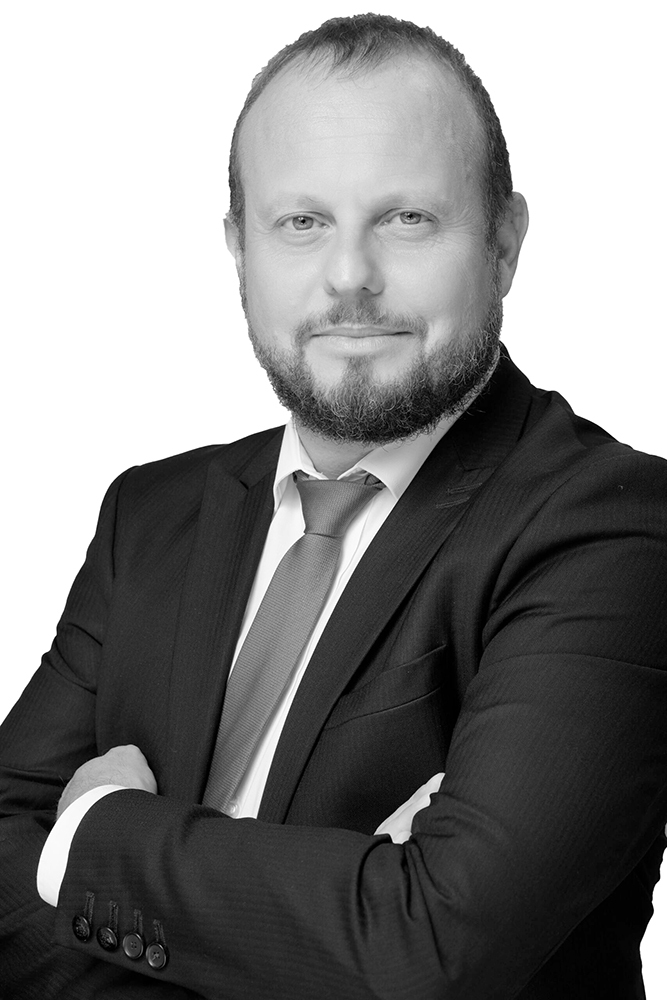 Grégory Berkowicz obtained a DEA in Public Law at the University of Caen Normandy. He continued his studies and obtained a doctorate in Public Law in 2004 at the University of Caen Normandy with the congratulations of the jury and the authorization to publish. In 2005, he published a thesis published by l’Harmattan under the title “The place of the International Criminal Court in the society of States”.

Since 2011, Grégory Berkowicz has been an associate professor in charge of vocational training – PPP and project financing at the Panthéon-Sorbonne Institute of Business Administration.

Finally, in 2014, Grégory Berkowicz is the Senior Partner of GB2A AVOCATS, the parent company of the GB2A group, which brings together the subsidiaries: GB2A FINANCE, GB2A INGÉNIERIE and its branch of activity GB2A INGÉNIERIE SPRINT, GB2A PROJETS, and its last subsidiary GB2A MANAGEMENT & STRATÉGIE created in 2021.

Doctor in public law and former Associate Professor at the IAE of Paris Sorbonne, Grégory BERKOVICZ is senior partner of GB2A AVOCATS for more than fifteen years and President of the GB2A group. Invested in local action, he was elected from a city of more than 100,000 inhabitants, former CEO of a local Mixed Economy Company (SEM) and particularly involved in social housing, mixed economy, commercial urban planning and ecological transition. He is an internationally recognized expert in the field of Energy and the field of Smart City. He has written numerous books on public business law and conducts training in project financing. With his team, he has been rewarded since 2015 with the trophies of law. In 2019, he won the ‘Rising Team’ trophy in Public Contracts and the “Silver Trophy” in regional firm and became a member of the RICS (MRICS). In 2020, Le Magazine des Affaires also awarded him the Legal Counsel of the Year Award in the Greenfield Infrastructure category for the fifth consecutive year.